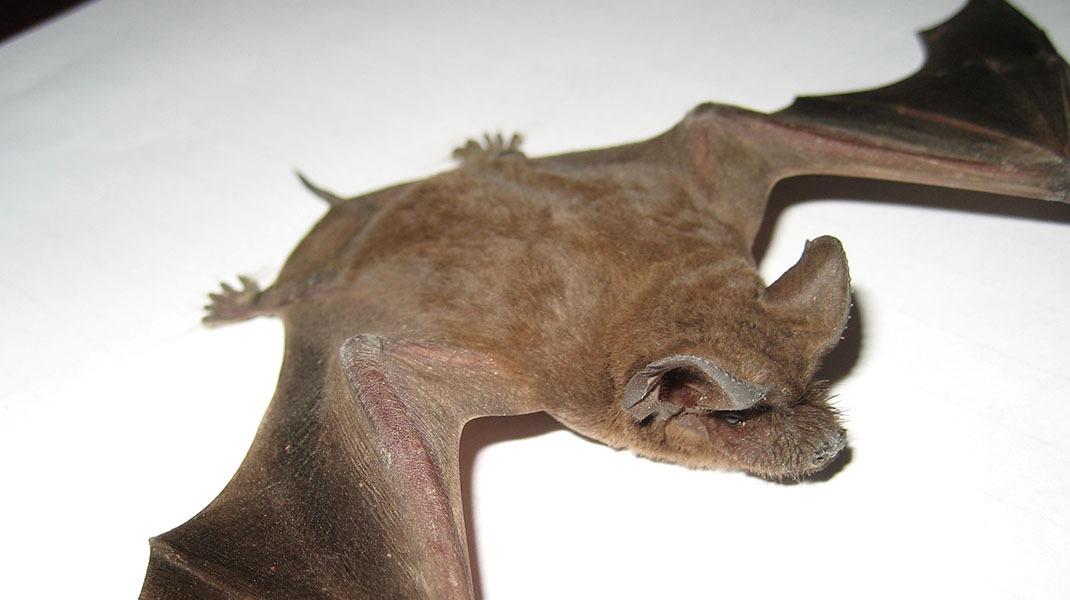 Bats are known for their small furry bodies that are dwarfed by the large leathery wings that spread to each side, with the wings usually being a dark brown or black, and the furry body being a reddish brown color, which can vary a little by species. As with many animals, there can be a significant variety with the body of the bats being between an inch and eight inches in length for the very largest varieties, with a wingspan ranging from six inches up to several feet. The life expectancy of bats that aren’t affected by the high mortality rate is usually up to around three years, although some species can live for much longer than this.

Bats are nocturnal creatures, and they can live in the vast majority of different areas around the world, but they will usually like to nest somewhere dark such as a cave which provides shade during the day. The vast majority of bats are insectivores, and can eat hundreds of flying insects such as mosquitoes, midges and others every night, although there are some bats that can eat fruit as well. One of the most distinctive and interesting aspects of their behavior is how they fly, as they emit very high pitched sounds, and use the echoes from these to identify their surroundings and to hunt their prey.

Bats are generally quite good neighbors to have in your area, because of their diet that removes quite a lot of flying insects from that area. However, they can cause problems, especially when it comes to their nesting behavior and this can increase with the size of the colony. They do not generally cause much structural damage if they do find their way into the attic, as a loose roof tile or a broken vent will allow them to crawl in and out.

However, it is the droppings they produce that can be the real problem once they have found a way into the property. While the amount of guano produced by one small bat over one day is relatively little, when you have hundreds of bats producing feces and urine and dropping it on to the insulation within an attic, this can actually build up quickly. These dropping are not only able to transmit diseases if you do not take care, but they can also cause an odor problem in a domestic property.

If you are thinking of different ways you can change your property and the area around it to make it less attractive to bats, then one approach is to reduce the food sources that will allow bats to thrive. Bats are attracted to a particular area by the presence of a lot of flying insects, so by minimizing the light sources available in the dusk and during the night, there will be fewer insects attracted to the area which will then attract the bats to that area.

The other approach that you can take is to make sure that the area around your property is well sealed to minimize the chances of bats finding their way in. A thorough examination of the roof-line of the house can help to identify potential weak spots, and vents that have spaces that could let bats in, or any soffits that aren’t flush to the walls and roof can also be a potentially vulnerable point. By sealing these areas of your home, it can also help to reduce the chances of getting a bat infestation.

There really is only one way of effectively dealing with a bat infestation, and any animal removal expert will tell you that exclusion is by far the most effective way to achieve this goal. Bats will usually have only one or two entry points if they are nesting in the attic, so the first thing your expert will do is to watch the bats at dusk, and see where they are flying from at dusk, and how they are getting in and out. Once this has been identified, they will install exclusion netting over these spots, which will allow the bats to crawl out, but prevent them from getting back in again.

As long as all of the access points have been discovered, this will have resolved the bat problem within a day or two. If you do have anyone suggesting they can pump poison gas into the attic, then this should certainly be avoided, as it can be difficult for them to find all of the small carcasses, and as they decay they could then also cause other pest animal problems.