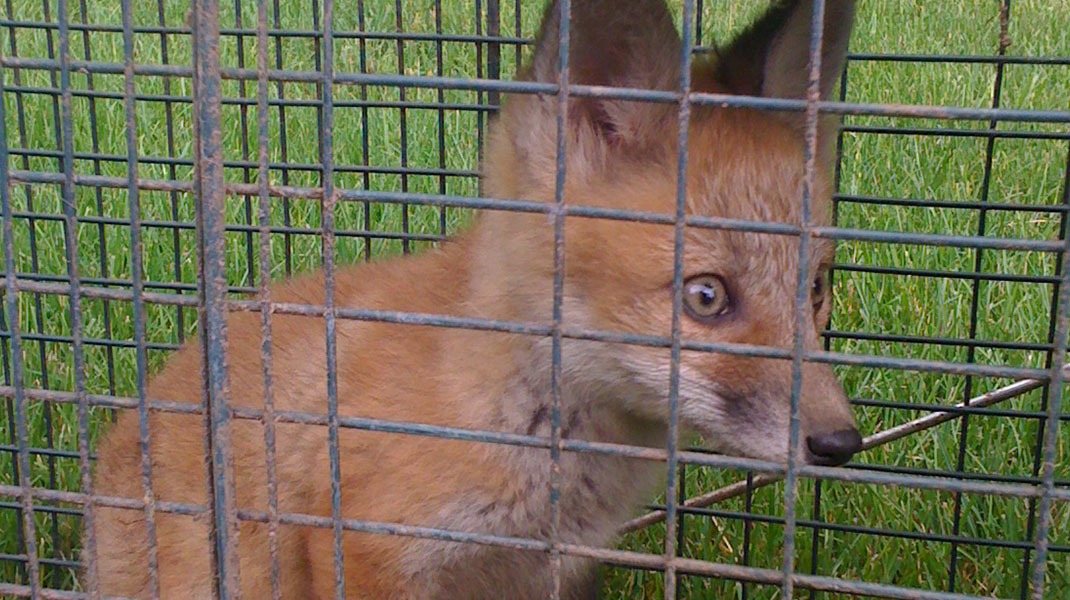 Both foxes and coyotes are of the canine family of animals, with both having narrow muzzles and alert upright ears, and both covered in a red or brown fur with a lighter colored fur on their underbelly. Foxes are commonly between a foot and a half to three feet in length and weigh up to 30 pounds for larger specimens, while coyotes can be up to four and a half feet long and weigh up to 45 pounds. Foxes will generally live for around five years, although there are examples of them living much longer, while coyotes will often live for ten years or more.

Both foxes and coyotes are very adaptable in the habitats that they can live in, with their adaptable digestive systems meaning they can find food in rural woodland, prairie and even suburban areas. In rural areas, both species are generally carnivores eating smaller animals, in line with their individual size, however they can also scavenge for food, which is what they are very successful at when they find their way to suburban areas. Both foxes and coyotes can live in family groups, but when it comes to hunting coyotes are more likely to work together as a pack to bring down larger prey.

Problems Caused By Foxes And Coyotes

The majority of problems that are caused by foxes and coyotes happen when they find their way into areas where people are settled, and they start living alongside people. Foraging for food is one situation, and with the smell of food in garbage both species can easily tear open garbage bags and cause a lot of mess as they look for scraps of food. They can also come into contact with people if they make a nesting spot close to areas where people are present, and both species can be territorial if what they consider to be their territory is entered.

The other set of issues that both species can cause is when they come into contact with domesticated animals. This can both be in terms of foxes coming into contact and fighting with pets such as dogs or cats, which can then lead to disease transmission or harm coming to those pets. Foxes can also sometimes kill and steal chickens. Coyotes are more likely to kill animals, and this can be both in terms of pets like dogs or even larger animals such as cattle which the coyote could kill for food.

When it comes to keeping coyotes and foxes away, one of the most important steps you can take is to deal with the food sources that can be attracting the animals. Make sure that any garbage is stored in a garbage can with a lid, preferably in a garage or outbuilding where they can be stored until collection day. Also, making sure that any pets are fed indoors so that wild animals cannot pick up on that scent will help to minimize the chances of foxes and coyotes being attracted.

The second set of measures that you can take that can help to reduce the chances of foxes or coyotes becoming active around your property is about having a proper barrier. Ensuring your property is protected with a wire mesh fence of five feet or higher will help to ensure that neither foxes nor coyotes will be able to get into your garden. A good additional measure is to embed the wire mesh by six to twelve inches into the ground can also help to stop them from being able to dig their way under the fence as well.

When it comes to dealing with foxes and coyotes, prevention alone will not always be able to avoid the presence of these canines, and in that situation it can be wise to hire a professional to deal with the problem. Because of the potential for bites and serious injury from these creatures, it is generally wise not to try and trap these animals yourself if you have no experience with them.

Foxes can usually be caught in cage traps, while those who are looking to trap coyotes will either use cage traps or a paw hold trap, which will hold that coyote in place. Once the animals have been caught in some cases the fox can be relocated, but as coyotes are a pest species they will generally be euthanized once they have been caught. With both types of trap, meat is usually the best type of bait that will help you to catch both foxes and coyotes.