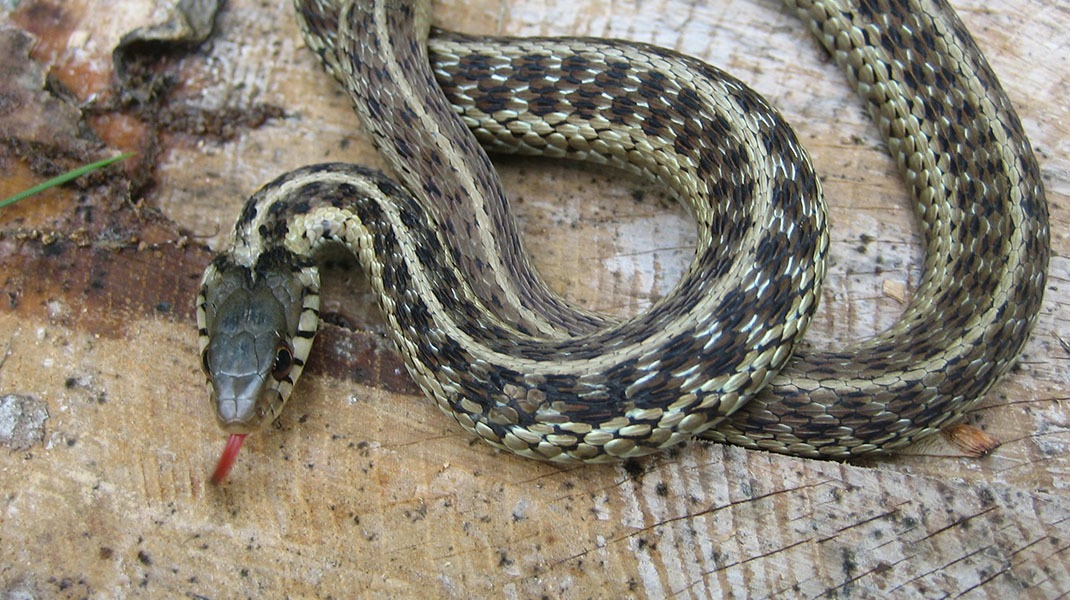 Snakes are one of the animal families that can cause some fear among some people, but generally they are long and cylindrical in shape with no legs, with a head without a distinctive neck and a flickering tongue, and they can be found in a variety of colors. Snakes probably have the greatest variation in terms of their size and weight, with some being a few inches long and weighing very little, through to huge snakes of fifty feet or more weighing hundreds of kilograms. Female snakes will give birth to a batch of eggs shortly before they are due to hatch, and will usually leave them to hatch alone. When it comes to life span, smaller species can live for five or ten years, with larger snake species often able to live for twenty five years or more.

Snakes are found in most areas of the world apart from the very coldest areas, and can be found in areas from mountains down to suburban and urban areas, depending on where there is prey for them. They are carnivores that will only eat live prey, and their diet is largely dependent on the size of the species, so smaller snakes may eat insects or small mammals, while the larger variety can hunt for larger animals. In most areas of the world that have colder winters, snakes will brumate, where they reduce their metabolism to a very low level until it is more favorable for them to emerge.

One of the biggest issues that most people will have with snakes relates to some species having a venomous bite, and the danger that goes with this. Being bitten by a venomous snake is actually quite rare, and there are relatively few deaths from venomous snakes every year. Even for those species of snake that aren’t venomous, they can also come into contact with domesticated animals, which can then lead to bites or even pets being killed by snakes.

The other main issue that can happen with snakes is that they can find their way into domestic properties, both in cavities at ground level such as beneath a porch or in a basement, or in the attic. If you have a female that then lays a batch of eggs in that nest, it can then lead to a large number of small snakes being present in the home. They can also cause some damage to the attic when they are making their nests as well.

An important step that you can take when it comes to keeping snakes away, is making sure that you never have any mouse or rat infestations around your property. Make sure that you are managing food sources that rodent species can use and these are kept secure, with steps such as keeping garbage indoors and minimizing the amount of cover such as shrubbery or woodpiles around your home being useful steps. Because snakes need live prey, dealing with rodent problems quickly will help reduce the chances of snakes being attracted to the area.

The other method to keep snakes out of your home is to make sure there are as few opportunities as possible for them to get in. Make sure that any cavities such as beneath a porch or decking are sealed with wire mesh or a similar material that will keep those snakes out. Also, check your property regularly, both at ground level and around the roof, to make sure there aren’t any gaps that snakes or other animals could use to squeeze through into the property.

Because of the concern that some snake species can be venomous, hiring someone to deal with a snake problem can be a wise move. Where you spot the snake or see signs of their presence around your home, it is important to take action, as dealing with one snake is better than finding that snake has hatched a large number of baby snakes. If the snake that you’ve seen is in your garden or around the property, then the professional will usually be able to pick this up and relocate it quite quickly.

However, when the snakes are active around the home but are nesting in confined areas of the property, you may also find that they will lay traps to catch the snakes. There are adhesive traps that will hold the snake in place so it can be relocated, or maze traps that will have the same result. The professional will then relocate the snake well away from your home, in a rural area where it won’t cause as many problems.