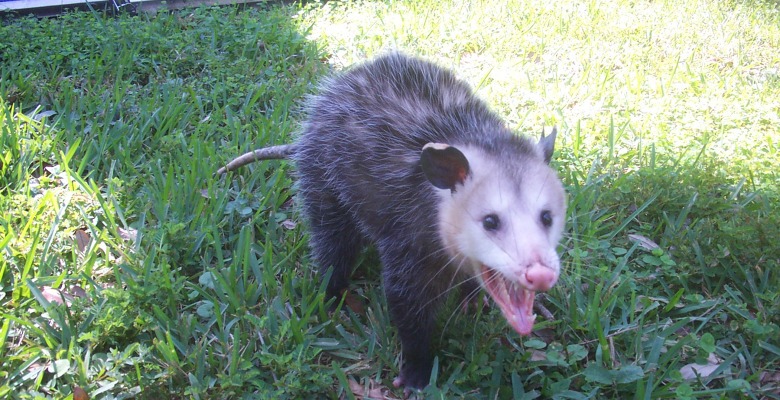 Wild animals are beautiful, but the visual appeal of these creatures quickly fades once we realize how destructive they can be. There are many problems caused by nuisance wildlife, and some can end up costing thousands of dollars in repair work; can seriously harm your health; and can completely destroy your home.

Why wild animals cause damage

Repair work is one of the primary issues associated with nuisance wildlife. Some of the most common invaders: rats, mice, squirrels, and chipmunks, can easily chew through wooden beams, plastic pipes, wires, and basically anything that isn’t metal. These animals aren’t being destructive to make your angry; it is something they do as a part of their daily lives. Chewing keeps rodents’ teeth short and sharp. Without hard surfaces to gnaw on, the teeth in these animals would grow so long they would eventually prevent the animal from being able to eat. It is just unlucky coincidence that homes are full of hard surfaces for rodents to chew on. Other animals that invade homes, like raccoons and opossums, can be destructive in a different way, tearing apart insulation as they make their nests, or ruining parts of a structure from excessive urination and defecation. If an animal chews on the wrong beam or building material in a home, or ruins those materials with excrement, it can take thousands of dollars to repair the damage.

Inside the home isn’t the only area to suffer when nuisance wildlife is around. Wild animals are destructive outside as well. Burrowing creatures like woodchucks and armadillos can leave unsightly holes around a property. Again, it isn’t to make humans angry. These animals have found a place they want to live, so they set about building their homes as nature intended. Holes in the yard can be dangerous for people and animals, and depending on how close they are to a building, burrows can compromise a structure’s integrity.

How wild animals can affect your health

Damage to your home may be the most obvious issue when it comes to nuisance wildlife, but it may not be the most serious issue. One of the problems caused by nuisance wildlife is how it affects human health. Different animals can bring different pathogens into a home or onto a property. Raccoons, for example, are known carriers of the disease leptospirosis. This infection can be spread to humans and other mammals (like dogs) and can be potentially fatal. Rabies is another disease wildlife can expose humans to. It is a deadly virus that can infect any mammal, and is a big concern in the bat, skunk and raccoon population.

Humans need not be in contact with a wild animal to become ill with an infectious disease. Rodent feces is a prime source for hantavirus, a serious respiratory infection that can be fatal. Just sweeping up feces from a mouse or a rat can make hantavirus airborne, causing human exposure.

Should you be concerned about your home?

It may be an extreme case, but one of the problems cause by wildlife has to do with house fires. Animals in the home often chew on wires. Many times homeowners are lucky and the wires are to cable or other utilities. Sometimes, however, the wrong wires get chewed and heat starts to build up because there is no longer a protective barrier present. Heat left on flammable material long enough can cause a house fire.

Other problems caused by nuisance wildlife

Diseases, damage and fire are all major problems caused by nuisance wildlife, but they are not the only problems. Nuisance animals can be a danger to house pets; can create noise issues late at night preventing sleep; can create huge messes around garbage cans and compost piles; can ruin gardens; can plug chimneys; and can die inside of walls or crawl spaces where they then decompose.

Problems cause by nuisance wildlife can be daunting, and each situation is different. It is never advisable to handle a wildlife situation on your own, without consulting a professional. Have a qualified technician come to your home and access what needs to be done. Repairs can be made at this time, and a plan of action developed. In some cases, simple home management can go a long way in preventing wildlife issues, but in many other cases, professional intervention is required.

Don’t attempt to fix your wildlife issue alone. An improperly repaired area or incorrectly cleaned feces can result in major complications down the road.