How to kill raccoons 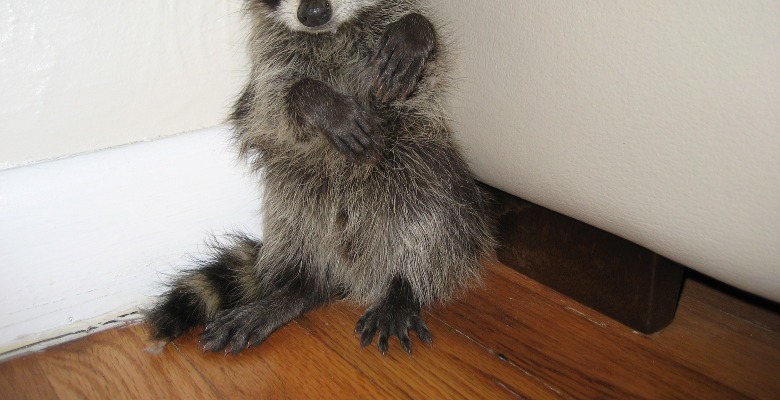 When it comes to nuisance wildlife, there are very few situations where killing is the easiest or ideal solution. This is true even when dealing with raccoons. Many times, cleaning up a property and trapping/removal are more than enough to handle a raccoon issue, and no humans or animals are placed in harm’s way.

If you still need to kill raccoons, there are several ways homeowners typically go about it.

Shooting: Like any animal, a raccoon will die from an accurate gun or arrow wound. Avid hunters are the best option when looking at this method to kill raccoons. Find a hunter who is known for accurate shooting, and ask him or her to come to the property to try and kill the animal. There are two primary downsides to this method. First, raccoons that live inside of a home will likely remain too close to it for safe use of a firearm or bow. A raccoon living in the attic, for example, might peak out onto the roof, but the last thing you or your neighbors want are random bullets or arrows flying overhead. Another reason this method of killing raccoons may not work is because there is always the chance the animal will be injured rather than immediately killed. Wounds from arrows or bullets can take up to a few minutes to be lethal even when accurate, and that is plenty of time for a raccoon to retreat back into its nest area to die. If that nest is inside a home, you now have a dead animal somewhere in the walls. If you don’t find it and remove it, the smell of decay can linger for months.

Poison: Aside from shooting, people who want to kill raccoons often turn to poison. There are no approved poisons for raccoons on the U.S. market. Many people put down large piles of rat poison, assuming that poison is poison and if it works for rats it should work for any animal. While it’s true the right amount of rat poison will kill just about any creature, the dilemma is knowing how much that correct amount is and how to get a raccoon to eat the desired amount. Raccoons that do eat the poison but don’t eat a lethal does will associate that product with being sick and will likely never try to eat it again. If the raccoon does consume a lethal amount, the process is a slow, painful one. Most rat poisons work by weakening the blood vessels within the body and acting as anticoagulants. Over the course of 24-48 hours, the raccoon will start hemorrhaging internally and eventually die. Other poisons act on the neurological system, causing seizures and brain death by 36 hours; no poisons are immediate or fast-acting. You also run the risk that another animal will stumble on the poison and consume it–house pets are notorious for getting into things they shouldn’t.

Lethal trapping: Perhaps the most humane among ways to kills raccoons is the option for lethal trapping. This practice requires special, large jaw traps that can clamp down on a raccoon with enough force to kill it instantly. Such traps can be expensive and difficult to set up, and it is often illegal for an unlicensed individual to trap a raccoon. Trapping of this nature requires extensive knowledge of the animal and its habits. Lethal traps, like poison, will be lethal to any animal of similar size that comes along, and if a larger animal, like a sizeable dog, accidentally triggers the trap, the animal would be severely injured. Lethal trapping is difficult around a home simply because of the risks to pets, children and forgetful adults.

Ultimately, to kill raccoons you should consult a wildlife removal specialist. Most often these technicians will recommend an alternative option, such as live cage trapping, that is far less risky and does not put any people or animals in danger. Killing raccoons out in the woods is a far easier task than killing ones near a home that have become nuisances. It is best to deal with these problematic raccoons using alternative options.

Before you decide to kill raccoons, always attempt to address the problem through preventative maintenance. If raccoons are constantly around your home, it is because something is drawing them there. Clean up any food or water supplies like garbage cans and pet food, and makes sure gardens and compost piles are fenced in or otherwise secure. There should be no debris littered out in the yard that could act as cover, and landscaping should be kept short and pruned to prevent wild animals from feeling safe out in the open.