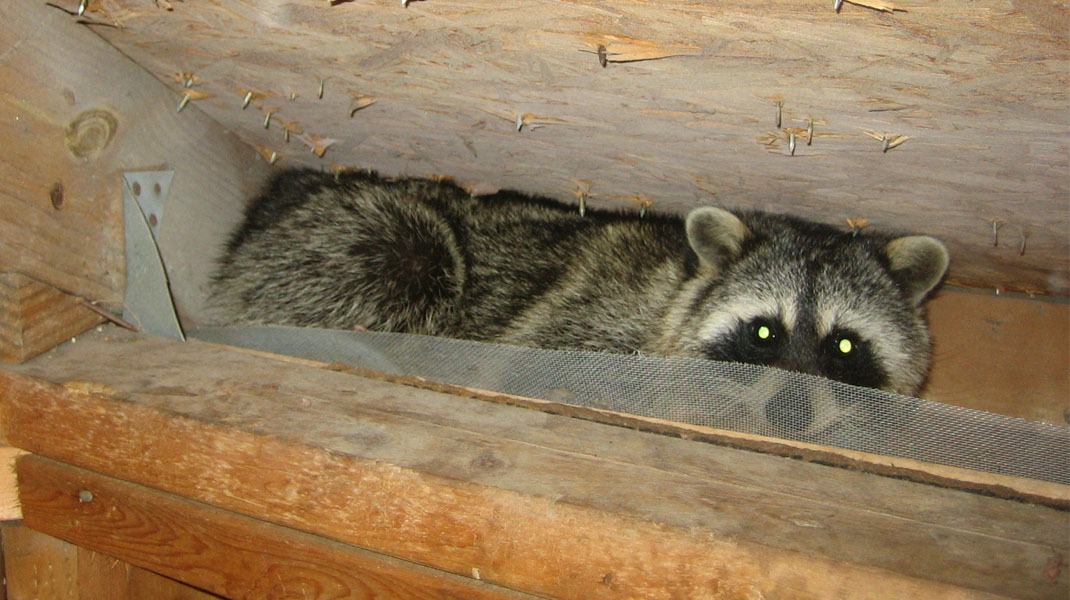 Raccoons are the best known species found in the Procyonid family, and are the largest member of that family, and their body is usually somewhere between 16 and 28 inches without taking into account their furry tail. The tail can add another 8 to 16 inches to the raccoon’s overall length, with most raccoons growing to weigh between 10 and 30 pounds, with the males generally being larger than the females. These raccoons are best known for their ‘bandit’s mask’ facial appearance with black hair around the eyes against a backdrop of grey and white fur.

In the majority of cases, raccoons will live for between 18 months and 3 years, although many will succumb to environmental factors or other factors such as accidents or traps laid for them by people. Raccoons can be found in both urban and rural areas, and they are omnivores, so can eat both plants and meat, and in urban areas they will often survive by consuming the waste food they can find. While females may live in small groups, the males of the species will usually live a more solitary life, coming together for mating. Raccoons are also well known for dousing their food, which involves dipping the food in water, or washing the food before eating it.

In the vast majority of cases, raccoons are far more likely to be a problem in urban areas than they are in rural areas, where there are more natural food sources for them to take advantage of. Raccoons will forage for waste food from people, which is one of the main ways in which they can become a problem, as this can lead to them tearing open garbage sacks and spreading the rubbish as they hunt for the morsels of food within.

The other type of problem that a raccoon can cause is related to their nesting behavior, and this is especially a problem during the mating season where the female may be looking for a nest to give birth in. Raccoons are great climbers, and only need a small gap to be able to squeeze into the attic or wall cavity of a property, and once inside they can quickly make a nest. While doing this, they can cause a variety of different types of damage, including soiling and urinating in insulation and damaging other surfaces as they pull together material for the nest.

When it comes to keeping raccoons away, then the first area to address is to reduce any occurrences of potential food sources for them around your home. Make sure that garbage bags are stored in a sealed garbage can, rather than left in heaps, and where possible use a food disposal unit rather than putting scraps of food in the garbage. Also, if you have other sources of food such as fruit trees, or you keep pet food stores outdoors or in an outbuilding, always make sure these are also stored in sealed containers, and look to clear any fallen fruit from the garden rather than letting it lie on the ground.

The other way to prevent potential raccoon infestations is to ensure that you keep your property in a good state of repair, and that you check it fairly regularly for any weak spots. Replace any broken vents or soffits, and check the roofline thoroughly to ensure there are no gaps between the roof and the top of the walls that raccoons could use to squeeze their way into your property.

When it comes to dealing with a raccoon infestation, the most efficient and effective way of doing this if the animal is inside your home is to use a cage trap to catch the animal. Any professionals carrying out this type of work will often have a search around your attic space or wall cavities, and will then place any baby raccoons they find inside a cage trap, the female raccoon will then be keen to be reunited with her babies, and will then enter the trap, allowing for the family to then be relocated together. It is always important to relocate raccoons in a rural area, at least ten miles away from the property where they have been trapped.

While exclusion may appear like an attractive option that could be viable, the difficulty comes if there is a nest of babies inside. Having been excluded from that part of the property, the female raccoon can then cause a lot of damage getting back inside to her babies, so exclusion isn’t the best option here. 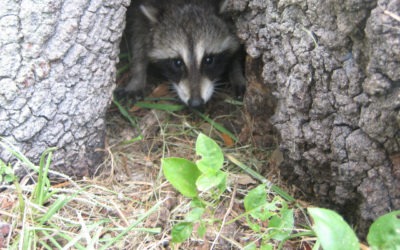 There are many products on the market that claim to be raccoon repellants. Most of these items play off of human sensibilities for marketing, conning consumers into buying products that have no realistic scientific support. In fact, the Federal Trade Commission has... 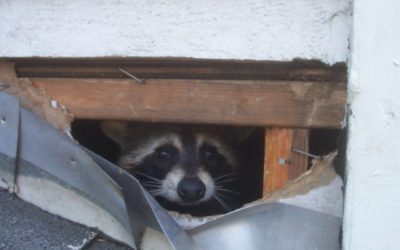 Appearance: Raccoons are mammals averaging between 10 and 40lbs. They are dog-like in appearance, but have distinctive dark masks of fur around the eyes and dark rings on their bushy tails. Unlike dogs or cats--for which they are commonly mistaken--raccoons have a... 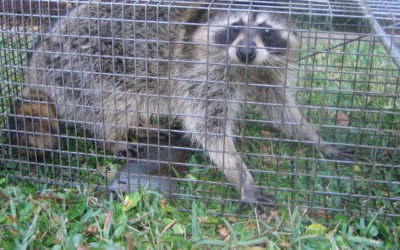 How to trap raccoons

There are several different trapping methods for raccoons, but it is important to know the local laws in your state before you attempt this process. Many local governments require anyone who traps a raccoon to have a license or equivalent form of permission, sometimes... 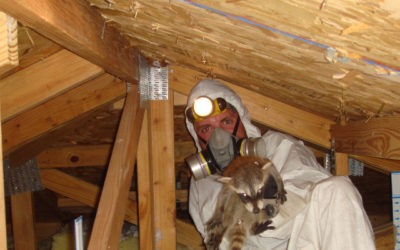 How to remove raccoon in the attic

There are two places in a home raccoons like to make their den areas: chimneys and attics. Attics offer space for a raccoon to move around in without human interaction, and they also provide a warm, dry place where other animals and predators can't approach. The more... 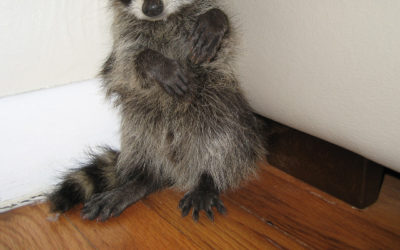 How to kill raccoons

When it comes to nuisance wildlife, there are very few situations where killing is the easiest or ideal solution. This is true even when dealing with raccoons. Many times, cleaning up a property and trapping/removal are more than enough to handle a raccoon issue, and... 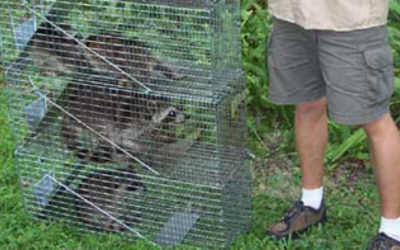 How to keep raccoons away

The first step in nuisance wildlife control is prevention. If you can prevent a raccoon from investigating your home or property, you will never have to worry about having to trap and remove that animal and its young. Prevention sounds simple, but based on where you... 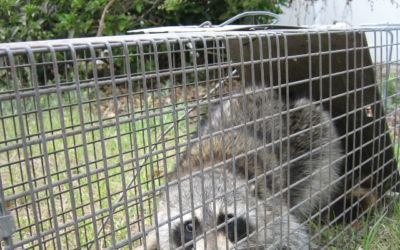 Raccoons are smart, agile creatures, and it's not uncommon for them to find a way into attics, crawlspaces and chimneys of homes. There are five steps to get rid of raccoons, and these are: 1. Identify the areas of the home being used as entry and exit points 2....